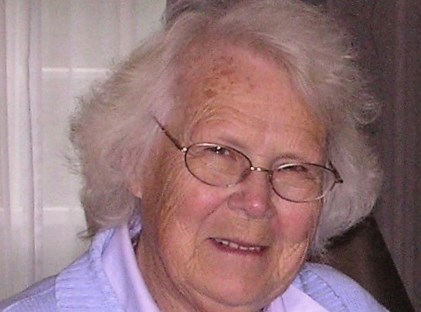 Born on February 17, 1923 to Leander and Anna (Rimpila) Fellman, Martha grew up on a farm in Deerfield, New Hampshire.

After her 1945 graduation from the Elliot Hospital School of Nursing in Manchester, New Hampshire, Martha worked as a registered nurse at VA Hospitals in Van Nuys, California and Newington, Connecticut. From 1951 to 1958, she was a member of the U.S. Army Reserve, earning the rank of captain.

Martha began working at the Meriden Health Department as a nurse and program coordinator in 1967. During the early 1970s, she was instrumental in organizing Meriden’s first union for public health nurses. She retired in 1990.

Martha is survived by daughters, Karen Barnes (Mike) and Alison Green; granddaughter, Kami Barnes; her sister, Miriam (Nathan) Ruonavaara; and many nieces and nephews, including her treasured niece, Madelyn Molyneux. She was predeceased by brothers Bengt, Bertil and Lars Fellman and her sister Helena Molyneux.

A memorial service will be held at 11:00 a.m. on Saturday, April 14, 2018 at the First United Methodist Church of Meriden, 159 East Main St., Meriden. (Park in Pleasant Street lot.) Burial at Pine Grove Cemetery in Manchester, NH will be private. Plantsville Funeral Home has been entrusted with handling the arrangements. For online condolences, please visit www.plantsvillefuneralhome.com.

To order memorial trees or send flowers to the family in memory of Martha J. Green, please visit our flower store.
Send a Sympathy Card