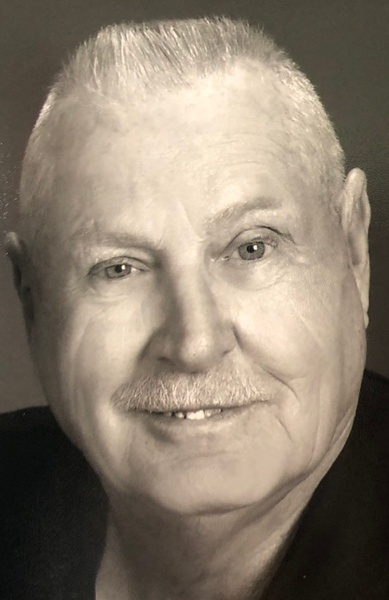 Melvin Morris, 81, passed away suddenly on Wednesday, April 24, 2019.  He was born in South Dakota, son of the late Harvey and Cora (Dinger) Morris.  He was predeceased by his loving wife Harriet (Borajkiewicz) Morris who is sure to be giving him an earful right now.

Melvin enlisted in the Army out of high school and met the love of his life while on a date with her sister. After a lot of adventures, a mistaken murder charge and proposing while bringing her sister to her prom, they married in 1962.

Melvin loved watching UCONN basketball and the Yankees. His passion was bowling and announcing his scores (which were always “lousy”). He retired from Pratt & Whitney and previously worked for Carl E. Johnson & Sons. He was also one of the original members of Southington Fire Department Company #5. He still played cards with retired firefighters every Wednesday.

He loved to cook with his grandchildren. He currently has pierogis, brick bread and homemade donuts that the family will be fighting over. He enjoyed dinners out with his ‘in-laws’, Joann Cyr-Callaghan, Maryann Carlson and Johnny & Liz Borajkiewicz.

He leaves behind his doting children, Thomas Morris, Linda Luddy and husband Brenden, Cynthia Ferreri and husband Michael and Carol Cox and husband Kevin. He will be greatly missed by his grandchildren and great-grandchildren whom he adored: Amanda Collier & husband Joe and their son Colt, Stephanie Molaver & husband Dan and their daughters Lillian & Collins, Morrisa and Matthew Luddy, Juliana, Mario & Kristina Ferreri and Madison & Christian Cox.  He also leaves behind his grand-animals, 7 dogs, 3 cats, 6 ducks, 10 chickens and a cow, Molly, as well as his beloved pepper plants and a couple of cacti. He was predeceased by his childhood horse, Dolly who he missed dearly.

He is also survived by his sister Dorothy Hammond, his brother, Ivan & wife Erika Morris, his sister Eleanor Walter and his brother Richard & wife Dorothy Morris and many nieces, nephews and cousins.

Calling hours will be held from 11:00 a.m. to 2:00 p.m. on Sunday, April 28, 2019 at the Plantsville Funeral Home, 975 S. Main St., Plantsville. A memorial service will follow at 2:00 p.m. at the funeral home. For online condolences and directions, please visit www.plantsvillefuneralhome.com.

To order memorial trees or send flowers to the family in memory of Melvin Morris, please visit our flower store.