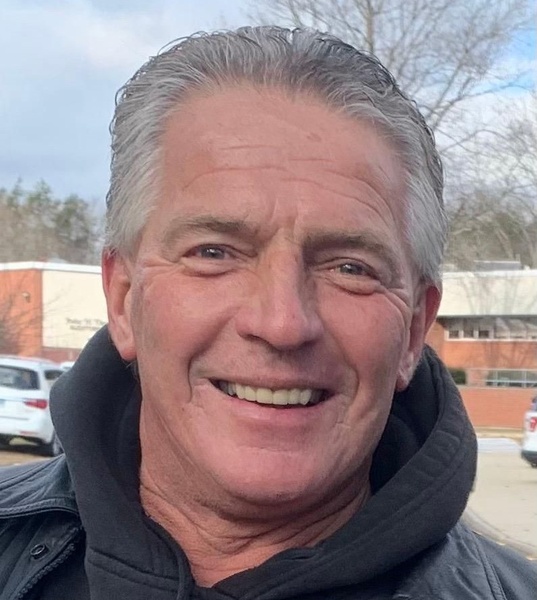 Michael Albert Mongillo, 61, of Southington, passed away unexpectedly on Tuesday, August 3, 2021 at his home.

He was born in Southington on November 29, 1959, one of six, to the late Albert and Lucille (Larson) Mongillo and had been a lifelong Southington resident.
Mike worked proudly alongside his brothers at DJ Mongillo Foundations for over 40 years. As a numbers guy, he mastered his craft in form layout and earned his nickname the “House Doctor”. His most recent years were spent at J. Mongillo Concrete Construction, working side by side with his son. Mike took immense pride in the family business of concrete foundations, and was happy to enlighten young prospects to the tricks of the trade. He enjoyed visiting the Mashantucket Pequot Tribal Nation on the weekend, and spending quality time with his grandson. On Friday nights he could be heard cheering loudly from the Southington High School football sidelines. He was a man of wit and warmth, whose kindness and gentle soul enriched all who knew him. A family man at heart, he will be remembered for his wonderful sense of humor, infectious smile, and greeting friends and coworkers with a nonchalant “Hey Goob”.

Mike is survived by his son, James Mongillo and wife Corinne of Southington, and one cherished grandson, David. He is also survived by three siblings, Laurie Mihkels of Meriden, Richard Mongillo and wife Geraldine of Marion, Marylou Mongillo of Southington and many treasured nieces and nephews (Shawn, Amy, Dave, Katie, Melissa, Gina and Genna). He was predeceased by two brothers, David and Ronnie Mongillo.


In lieu of flowers, donations in Mike’s memory may be made to The American Heart Association, 5 Brookside Dr, Wallingford, CT 06492.

A funeral service will be held at 1pm on Saturday, August 7, 2021 at the Plantsville Funeral Home, 975 S. Main St, Plantsville. Calling hours will follow from 1:30-4 p.m. Burial will be private and at the convenience of the family. For online condolences and directions, please visit www.plantsvillefuneralhome.com.

To order memorial trees or send flowers to the family in memory of Michael A. Mongillo, please visit our flower store.
Send a Sympathy Card