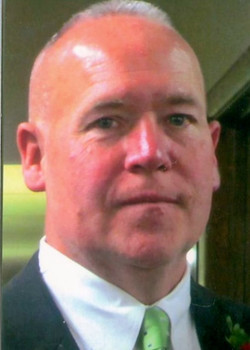 Michael James Shanley, 50, of Southington and Cedar Island, Clinton, CT, passed away on September 6, 2014, with his ever-loving and devoted family by his side. Mike fought a most courageous and dignified battle for 22 months against glioblastoma. He handled his illness with grace, dignity and determination, never considering it any other way.

Mike had a love for police work, and it showed throughout his distinguished 29 year career with the Southington Police Dept., retiring as a Lieutenant in charge of the Detective Division in February. During his career, Michael achieved many honors and awards. He graduated from the CT Police Academy in 1985 and became a Patrolman with the Southington Police Dept. While at the Southington Police Dept., he was a member of the Serious/Fatal Accident and Investigation Team. Mike was promoted to the Detective Division in 1993. In 1995, he was assigned to the Statewide Narcotics Task Force for 2 years. This position led to the investigation of numerous gang members. For his work, Mike was recognized and thanked by the U.S. Attorney's Office, Office of the Chief State's Attorney, Hartford Police Dept. and New Britain Police Dept. and Mayor's Office. Upon his return to the Southington Police Dept., he worked to apprehend two suspects involved in a quadruple homicide in town. In 2002, Mike was promoted to Sergeant and in 2005 to Lieutenant. Mike was accepted into an invitation-only training course at the FBI Academy in 2007 and completed FBI Statement Analysis and FBI Hostage Negotiation classes. He was recognized by both the Southington Elks Club and Knights of St. Patrick as Officer of the Year and received 12 Excellent Work Awards, 4 Distinguished Service Awards, 3 Meritorious Service Awards and 45 unsolicited Letters of Appreciation from the public.

Mike surely knew how to enjoy life. He loved spending time with his family, especially his little nephews, who Uncle Mike would spoil with blue Gatorade and Dove chocolate, then send them home. A hug followed by "I love you, Uncle Mike" from them brought an immediate smile to Mike's face. Mike also enjoyed boating and hunting. He made his second home during the summer at the beloved family cottage on Cedar Island, spending every available moment there from early spring until late fall. His "Man Cave" garage was always open for friends to stop by and swap cop stories, share a laugh and have a beer. While there, you were encouraged to appreciate the Bruce Springsteen tunes that were playing. Mike had a reputation of always being available to help anyone who needed it, whether he knew you or not, whether on a personal or professional basis.

Mike was extremely proud of his Irish heritage and was a member of the Knights of St. Patrick and The New Haven St. Patrick's Day Parade Fundraising Committee. He also belonged to the Southington Elks and Sportsmen Club, FBI National Academy of Graduates (NA), Police Association of CT (PAC), Law Enforcement Alliance of Southington, International Brotherhood of Police Officers Local 333 and Police Benevolent Association.

Michael is survived by his dad, James, and his companion, Stella Florian, sisters Christine "Chrissy" Buck and her husband Ron and Kathleen "Kathy" Shanley, his girlfriend Lynn Hamilton, a precious niece Lauren Shanley and loving nephews Aidan Buck, Sean Buck and Michael Shanley. Mike also leaves behind his aunt and uncle, Donna and Robert Shanley, aunt Beverly Scovin, many fun-loving cousins and his former wife, Sue Kumro and step-daughter, Camden Gould. He was predeceased by his mother, Elizabeth "Betty Ann" Shanley, who joyously awaited Mike's arrival in Heaven and his uncle, Richard Shanley.

To say there is a gaping hole in the hearts of Mike's family and close friends does not even come close to describing their grief. Few times does an individual such as Mike come into your lives, so fortunate are you to know them, unbelievably grateful to be considered a friend. During Mike's illness, the dearest friends came to help, especially Freddie, Johnny, Matt, Jimbo, Bobby, Billy, Jimmy, Karen, Candee and Kathy. His family cannot begin to express how comforted they felt in knowing someone was always by Mike's side and keeping him company and they thank each of you from the bottom of their hearts. Such special people you are.

Mike's family is so appreciative of the care and attention shown to him by the entire staff at Apple Rehab in Plainville. The family also sends gratitude to Chief Jack Daly and the members of the Southington Police Dept. and to the Town of Southington, Town Manager, Gary Brumback and Town Attorney, Mark Sciota.

A Mass of Christian Burial to celebrate Mike's wonderful spirit will be held at 10:00 a.m. on Thursday, Sept. 11, 2014 at St. Dominic's Church, 1050 Flanders Rd., Southington. Burial will follow in Immaculate Conception Cemetery, Southington. Calling hours will be held on Wednesday Sept. 10, 2014 from 3- 8 p.m. at the Plantsville Funeral Home, 975 S. Main St., Plantsville. In lieu of flowers, donations in Mike's memory may be made to St. Jude's Children's Research Hospital, 501 St. Jude Place, Memphis, TN 38105. For online condolences and directions, please visit www.plantsvillefuneralhome.com.

A Mass of Christian Burial to celebrate Mike's wonderful spirit will be held at 10:00 a.m. on Thursday, Sept. 11, 2014 at St. Dominic's Church, 1050 Flanders Rd., Southington. Burial will follow in Immaculate Conception Cemetery, Southington. Calling hours will be held on Wednesday Sept. 10, 2014 from 3- 8 p.m. at the Plantsville Funeral Home, 975 S. Main St., Plantsville. In lieu of flowers, donations in Mike's memory may be made to St. Jude's Children's Research Hospital, 501 St. Jude Place, Memphis, TN 38105.

To order memorial trees or send flowers to the family in memory of Michael J. Shanley, please visit our flower store.