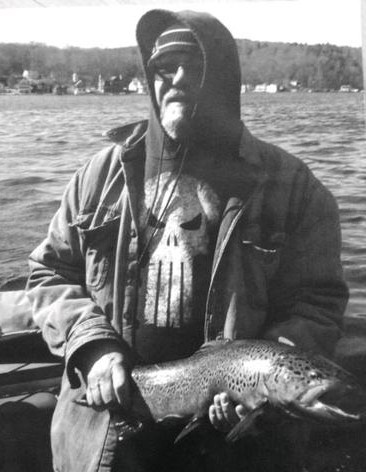 Michael P. Sirois, 63, of Southington, passed away at Bristol Hospital after a long, hard fought battle with cancer on Tuesday, June 16, 2020.

Michael was born on November 12, 1956 to the late Joseph and Bernadette (Levesque) Sirois and was a lifelong Southington resident. He graduated from Southington High School in 1974 and began his career in Spring Manufacturing at Newcomb Spring in Southington while still in school. He began working at Connecticut Spring and Stamping in Farmington, CT, in 1979 where he worked alongside his father. He continued his career as a Setup Operator lll there until his illness prevented him from working.

In his younger days, he loved getting together with his friends to play volleyball and horseshoes. He also competed in bowling and pool leagues. A fan of NASCAR and often went to Lime Rock and Watkins Glen races with his buddies. He loved to draw and was very artistic. Michael also loved a wide range of music and enjoyed attending live concerts with his son, Justin. As he got older, his passion turned to fishing. He would go as often as possible. Michael loved playing cribbage and had a collection of cribbage boards. He was a true blue Pittsburg Steelers fan.

Kind, generous, always willing to lend a hand. He was many things to many people. But above all, he was a father first. Whether it meant being Scout Leader, a Little League coach or any number of things, he was always involved. Always supportive and always there.

He is survived by his son, Justin (Tricia) Sirois of Bristol, CT, sister Louise (Tom) Hutchinson of Plantsville, CT, brother Ken Sirois of San Diego, CA, sister Denise Sirois of Plainville, CT, and niece Kristen (Travis) Sirois of Farmington, CT. He also has many lifelong friends from childhood, friends from the Spring Manufacturing industry as well as the gang from Jerzie Joe’s.

The family would like to thank the staff at Bristol Hospital and his hospice caregivers, especially Sophie. We would also like to thank the owners of Connecticut Spring and Stamping as well as his co-workers for their kindness and never ending support during his illness. Words cannot express how much we appreciate your actions. And lastly, thank you to his many friends who helped him when he needed rides, errands or just came by to visit.

Services for Michael will be held at a later date. In lieu of flowers, donations in his memory may be made to a charity of the donor’s choice. Plantsville Funeral Home has been entrusted with handling the arrangements.

To order memorial trees or send flowers to the family in memory of Michael P. Sirois, please visit our flower store.