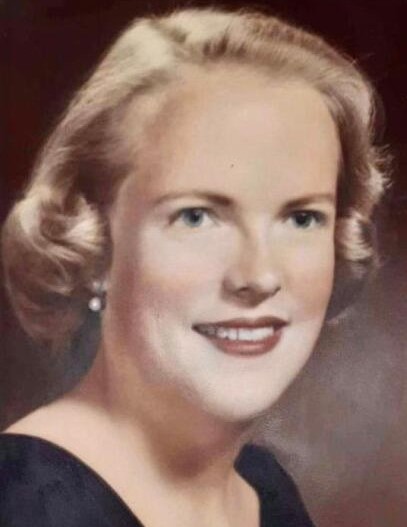 Nancy Marilyn Bowers Florian, 87, of Southington, died on Wednesday November 4, 2020 at LiveWell in Plantsville after a long struggle with Alzheimer’s disease. One thing Nancy remembered until the end of her days was that she was born on June 13, 1933 in Salt Lake City, Utah, the youngest child of the late Frank Bradley and Ellen Winifred (Sanders) Bowers. Descended from Mormon pioneers who crossed the plains, Nancy was a lifelong member of The Church of Jesus Christ of Latter-day Saints and served a mission that took her throughout New York, Pennsylvania, and Virginia. On a trip to Nuremberg, Germany to visit her brother Richard serving in the Army, she met and fell in love with Don Alan Florian of Southington who was stationed alongside him. They engaged in a years-long correspondence and married for time and all eternity in the Salt Lake Temple on August 22, 1958. Nancy earned her college degree in history at Brigham Young University in Provo, Utah, and eventually set off for Southington with her husband, purchased a farm, and raised her family, along with a collection of cows, ducks, chickens, geese, donkeys, pigs, and vegetables. Nancy originally wanted a dozen children. She settled for eight. Her children consumed her life, much of which was spent ferrying them around in a station wagon. Nancy’s genius was baking. From the milk and eggs she cultivated on her little farm, she created melt-in-your-mouth caramels, pecan squares that single-handedly raised cholesterol by 10 points, and a coveted strawberry cheesecake that routinely contributed handsomely to her local church’s building budget. The annual competition to win her cheesecake became so fierce that it once fetched a final bid of $1,000.00 in the mid-1970’s, which equates to $4,837.92 today. Her baking, home-canned peaches and pickles, and yearly harvests consistently won honors at the local Southington Grange contests. Even the cows she bred were beautiful. One of them became a cover girl for an agricultural magazine. Of all the animals she loved, horses were her favorite, and as a girl, she owned one named Black Beauty. Nancy also spent countless hours tracing family roots, decades before genealogy became a national pastime and spent countless dollars cornering the market for antique Old Ivory dishware. One of her greatest triumphs was her painstaking, piece-by-piece acquisition of Old Ivory chocolate sets for each of her children. She enjoyed spending much of her free time volunteering at church, including weekly trips to Boston to work in her local temple. Her guilty pleasures included reading sci-fi and romance novels and watching Star Trek.

Nancy is survived by her husband of 62 “long, hard, miserable years,” as she liked to joke on every successive wedding anniversary. She is also survived by her children, all of whom she could precisely name, mostly in order, right up to the conclusion of her life: Melanee, Rebecca, Bradley, Emily, Ellen, Aaron, Elizabeth and Rachel; 24 grandchildren, and 15 great-grandchildren with three more on the way.

In addition to her parents, Nancy was predeceased by her siblings Bradley, Winnifred, Eugene and Richard Bowers, and her grandson Joshua Florian.

The Florian Family would like to thank the staff of LiveWell for being trusted and loving partners in Nancy’s care. Nancy relished attending the day program for the past four years where she would dance and sing with her friends. In the last four weeks of her life, LiveWell watched over her 24-hours a day as she endeavored to recover from an injury before returning home.

Calling hours will be Sunday, November 8 from 2:00-5:00 p.m. at the Plantsville Funeral Home at 975 S. Main St., Plantsville. A graveside service will be held at Wonx Spring Cemetery on Marion Ave., Plantsville on Monday, November 9 at 11:00 a.m. Due to the pandemic, masks and social distancing precautions are required. A recording of the graveside service will be available by visiting https://client.tribucast.com/tcid/79911789.  For directions and online condolences, please visit www.plantsvillefuneralhome.com

To order memorial trees or send flowers to the family in memory of Nancy B. Florian, please visit our flower store.
Send a Sympathy Card