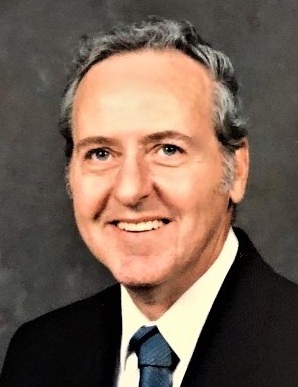 Nelson G. Belanger, 89, of Southington, passed away peacefully at his home on Sunday, October 14, 2018. He had been the loving husband of Rosalind (Cyr) Belanger for 65 years.

Born in Caribou, Maine on February 17, 1929 to the late Francois and Josephine (Sanfacon) Belanger, he had been a longtime Southington resident.

Nelson proudly served his country in the U. S. Army during the Korean War. He was a member of the Knights of Columbus Isabella Council 15 for 72 years and earned the rank of 4th Degree Member. Nelson retired from Stanley Works in New Britain after 40 years of service. He was very active in Northern Little League and served as a past president. He enjoyed woodworking and snowmobiling and in his senior years, he enjoyed bowling.

In lieu of flowers, donations in Nelson’s memory may be made to the Knights of Columbus, Isabella Council 15, P.O. Box 644, Southington, CT 06489.

Funeral services will be held on Friday, October 19, 2018 at 9:00 a.m. from the Plantsville Funeral Home, 975 S. Main St., Plantsville, with a 10:00 a.m. Mass of Christian Burial at St. Dominic’s Church, 1050 Flanders Rd., Southington. Burial will be private and at the convenience of the family. Calling hours will be held on Thursday, October 18, 2018 from 4 – 7 p.m. at the Plantsville Funeral Home. For online condolences and directions, please visit www.plantsvillefuneralhome.com

To order memorial trees or send flowers to the family in memory of Nelson G. Belanger, please visit our flower store.