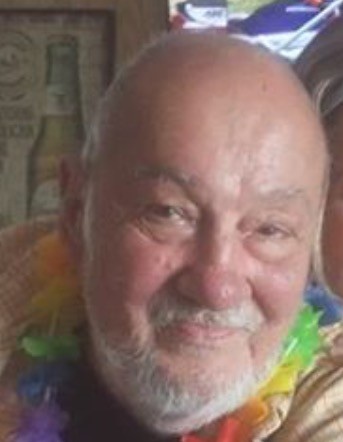 Nicholas Palmere, 73, of Plainville, formerly of New Britain, passed away surrounded by his family after a brief illness on Thursday, March 9, 2017.
Born and raised in New Britain, he was one of six children to the late Nicholas and Irene (Moran) Palmere.  He attended local schools, and worked for more than 30 years for the City of New Britain, retiring from Public Works in 1990.  He settled in Plainville 25 years ago, where he leaves many friends, especially his second family at the Blue Plate Restaurant.  Affectionately known as “Tuna” to his close friends and family, he was a sports enthusiast who enjoyed watching football, going to the former Plainville Stadium with his family to watch the car races, and later, watching car racing on TV. He frequented the banks of the Farmington River, never missing an opening day of fishing, and was known for never turning down a card game.  He lived his life on his own terms, and will be missed dearly leaving many cherished memories.
Nicholas is survived by his son, Scott Palmere and his fiancé, Aneta Kossakowska of Southington; his daughter, Tracy Palmere and her partner Michelle Lucier of New London; his grandchildren, Brian and Nicole Palmere and his three great-grandchildren, Aria Rose Palmere, Kylie Mae Jones and Logan David Jones.  He also leaves his sisters, Delores Bakaj and Ann Paturel; and many nieces and nephews.  He was predeceased by his three sisters, Kathleen Stobaugh, Rose Charest, and Rita Flemming.

Family and friends may gather in celebration of Nicholas’ life on Thursday evening, from 6-8 p.m. at Plantsville Funeral Home, 975 S. Main St, Plantsville. Words of remembrance will be shared at the conclusion of the visitation, at 8:00 p.m. For directions and online expressions of sympathy, please visit www.PlantsvilleFuneralHome.com

To order memorial trees or send flowers to the family in memory of Nicholas Palmere, please visit our flower store.