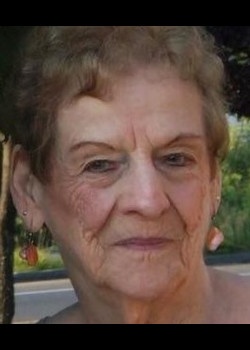 Pearl Ann (Duchene) Palumbo, 89, wife of Eraldo "Al" Robert Palumbo ~Babe, passed away surrounded by her loving family on Thursday, April 30, 2015 at HOCC of New Britain. Born January 4, 1926 in Torrington, she was the daughter of the late Rene and Ida (Hoerrner) Duchene.

She started her journey through life in Southington where she attended her early school years. She then moved to Cheshire with her family and attended school in Cheshire and Waterbury. She lived most of her adult life in Southington. She was a loving mother and wife. She devoted her career to raising her children, as CEO of the Palumbo Corp. She studied at the University of Life. She was an accomplished floral designer, avid bowler and loved the Red Sox and UCONN Women's Basketball. She was a friend and confidant to many.

In lieu of flowers, donations in Pearl's memory may be made to the St. Jude's Children Hospital, 501 St Jude Place Memphis, TN 38105.

To order memorial trees or send flowers to the family in memory of Pearl A. Palumbo, please visit our flower store.
Send a Sympathy Card