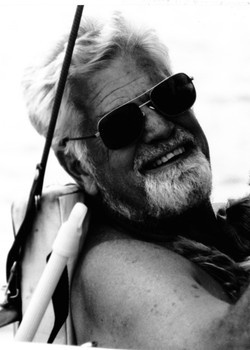 Philip S. Lacourciere, 89, of Southington, passed away peacefully on Monday, April 25, 2016 at Apple Rehab Farmington Valley in Plainville. He was the loving husband of Gail (Remer) Lacourciere.

Born on February 22, 1927 in Meriden to the late Royal and Louise (Scholefield) Lacourciere, he had been a longtime Southington resident.

Philip was a former UCONN football player. He proudly served his country in the U. S. Navy during WWII and then the U.S. Army during the Korean War. He was a longtime member of the Kiwanis Club in Southington. As an avid boater, he was a member of the Power Squadron in Meriden for over 25 years.

A funeral service with full military honors will be held at 12 noon on Saturday, April 30, 2016 at the Plantsville Funeral Home, 975 S. Main St., Plantsville. Burial will be private and at the convenience of the family. Calling hours will be held before the service from 10 -12 noon at the funeral home. For online condolences and directions, please visit www.plantsvillefuneralhome.com.

To order memorial trees or send flowers to the family in memory of Philip S. Lacourciere, please visit our flower store.