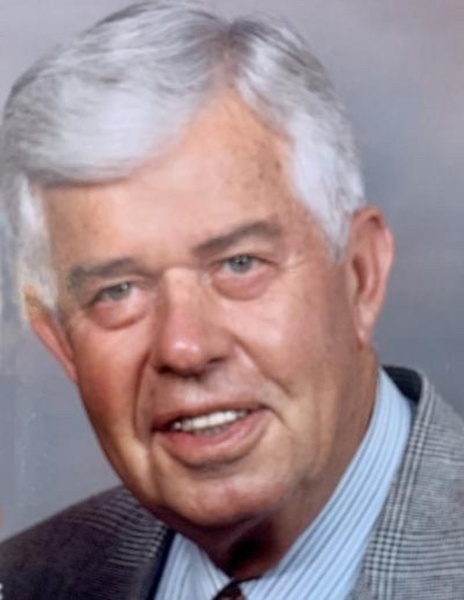 Family to do services at later date

Ralph Gordon Mann, age 90, died on August 4th, 2020. He is survived by his loving wife of 58 years Meredith. Also, his two sons Edwin and Steven. He also leaves his grandsons Jonathan, Thomas and granddaughter Antonia Mangum and his sister Dorothy Rehm of Wallingford, several cousins, nieces and nephews

Ralph was born on October 6, 1929.  His family moved to Southington in 1936.  Ralph often remarked that he was blessed to live a lifetime in such a fine community as Southington.  Ralph attended local schools and graduated from Lewis High School in 1946. He attended Cheshire Academy and graduated from Denison University in 1952.

Ralph served as a US Marine 1st Lieutenant from 1952 until 1954. After his discharge from the Marines, He began working at the Southington Savings Bank from 1955 until his retirement. During his 37 years with the bank he was involved in many different capacities, starting as a teller, and for the last 10 years of his career serving as President of the Bank. He did his best to make it a true community bank and often helped the people of Southington in any way possible.

He was involved with many community organizations. He was an active member of the YMCA from his teen years until the present, serving on many of its committees and as a Director and was president of the Y from 1964-1966. He was actively involved in the downtown Y and also at the Sloper Outdoor Center. Ralph was elected to serve on the Southington Board of Finance for six years, four, as it’s chairman.

In 1981 Ralph was awarded the prestigious Unico Gold Medal Award. Many accolades were given to him at the time, but summing up his life might better be said by his sons when almost word for word they said “Man of the Year Award was fine, but to them he is better known as a wonderful father forever.”

Ralph spent many years as a director and treasurer of Bradley Memorial Hospital. When it combined with New Britain General Hospital and became the Central Connecticut Health Alliance, he continued to serve as a director of the Alliance and as Chairman for two years. He was very involved with the establishment of the Center for Healthy Aging divisions, which are now known as the Southington Care Center, Mulberry Gardens and the Orchards.  Ralph was a giving member of our community. He personally spent countless hours visiting residents of the Southington Care Center, sharing stories and smiles with many residents over the years.

Probably one of his greatest loves was his lifelong involvement as a member of the First Congregational Church from 1936 until his death in 2020. Over his lifetime he was a Sunday School Teacher, Director and Chairman of the Church, and in numerous other capacities. He served as Chairman of a very successful fundraiser for the most recent large addition to the church    building. The Church, and most importantly, it’s congregation continued to be a cherished part of his life.

On a personal note, he spent many years with his wife Meredith traveling throughout the country and parts of Europe, particularly enjoying his two favorites - Vermont and Prince Edward Island, Canada. They enjoyed over 40 wonderful trips sponsored by Elderhostel. They also enjoyed camping from Connecticut to Alaska and many points in between. Another of his joys were the many hikes and backpacking trips with his longtime YMCA buddies. These trips included many to the White Mountains and the mountains of the Western parts of America, and one trip to New Zealand with a dear friend Tony “Doc” Priore. A particular favorite was the Grand Canyon. Ralph always had humorous stories to tell of each adventure. with some being a bit larger than life, and more so every time they were told.

Ralph was a man with many interests and was blessed with a gentle, giving nature who treasured his friends and his family. Our Town of Southington is a better place for his having lived in it and among us as a dear friend, valued counselor, and devoted family man.

In this time of Covid-19, for the. Safety of the family! Friends, and. Relatives, the family has chosen not to have a funeral gathering. A memorial service is tentatively planned for the spring of 2021. Plantsville Funeral Home has been entrusted with handling the arrangements. For online condolences, please visit www.plantsvillefuneralhome.com.

Lastly we want to thank the staff of the Southington Care Center for seeing to our beloved Friend, Father, and Loving Husband through his last days with us.

To order memorial trees or send flowers to the family in memory of Ralph G. Mann, please visit our flower store.

Family to do services at later date