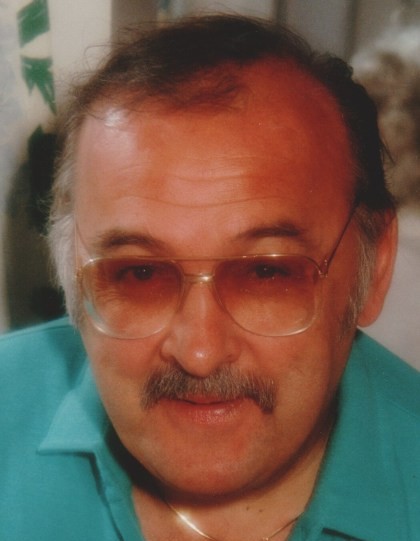 Raymond Michanczyk, 83, beloved husband and best friend of Felicia (Bobrowiecki) passed away peacefully at his home, surrounded by the love of his family, on Tuesday, May 9, 2017.

Born in Greenpoint, NY on May 1, 1934, he was a son to the late Michael and Mary (Martinowicz) Michanczyk.  A longtime resident of Southington, he was a legendary athlete and sports enthusiast, a dedicated teammate and friend to all.  Ray married his high school sweetheart, Felicia in 1955, sharing 62 wonderful years of marriage and together, raised four loving children.   A graduate of Southington High School, he was their first All-American, making the list in 1951 after excelling in football, basketball and baseball, and was inducted into the Sports Hall of Fame in 2010.  Invited to tryout with the Brooklyn Dodgers, Ray instead chose a college education and attended the Staunton Military Academy, where he won Eastern States basketball championship and military football championship, before transferring to Olympic Junior College and Washington University. Although a motor vehicle accident prevented him from playing with the Green Bay Packers, throughout his athletic career he played with many pros, including Lou Michaels and Len Rosenberg, and proudly coached the Southington Valley Midget Football League through a 34 game winning streak. During his retirement years, Ray was the proud owner of the semi-pro football team, the Hartford Knights, stepping down after his championship season in 2001.  Ray was also well known as a true gentleman, and “people person” who created a wide circle of friends wherever he went.  He was a popular manager at both A & P and Shop Rite, and later, worked as a supervisor of security at Choate Rosemary Hall for ten years, where he leaves many friends and colleagues.  A UCONN season ticket holder, he enjoyed attending games with his family.  Ray’s legacy of kindheartedness, and love for his family, friends, and his community will forever be remembered, and those who knew him were enriched by his presence.

In addition to his wife, Felicia, he leaves his children, Ray and his wife, Terri; Dean and his wife, Eileen; his daughter Michelle; and Matthew and his wife, Amy; his adored grandchildren, James, Nick, and Dean and Sean Michanczyk, 1st Lieutenant Ranger Matthew Michanczyk, US Army, Joseph and Ashley Michanczyk, and Chris and Kara Casale and 2 great-grandchildren.  He also leaves his sister, Helen Casuilli and his niece, Joan Siniscalco; along with his four-legged companions, his dogs, Milo and Dakota.  He was predeceased by his four brothers and three sisters.

Ray’s family extends their gratitude to Dr. Dorin and Dr. Hosmer and their staff for their compassionate care, and to the Franciscan Sisters, for caring for Ray in the comfort of his home.

To order memorial trees or send flowers to the family in memory of Raymond Michanczyk, please visit our flower store.