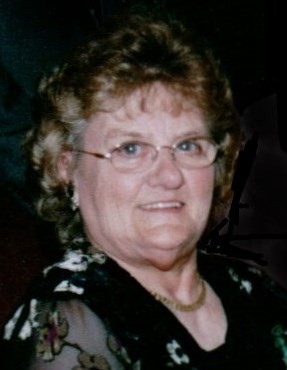 Reta M. (Pete) Michaud, 84, of the Plantsville section of Southington, died Monday, Dec. 18, 2017 at The Summit of Plantsville. She was predeceased by her husband Garry who passed in 2009.

Born on December 17, 1933 in Lincoln, Maine to the late James Pete and June (Byers) Trott, she had been a longtime Southington resident.  Reta was a retiree of Pratt & Whitney in Southington where she worked as a machinist.

She is survived by her son Garry “Butch” Michaud Jr. of Southington and her daughter Monica Doyle and her husband Jim of Torrington; three sisters: Pearl Hitchcock and husband Earl; Kay Guerrette and husband Phil; Cherry Nash and husband Alan, all of Maine; five grandchildren: Ian Steele and his wife Carrie, Nicole Bielecki and her husband Mark, Kaila LaJoie, Michael Stokes Jr. and Josh Gerwatowski;  four great-grandchildren: Kailyn and Madalyne Bielecki, Kegan Michaud and Dreah LaJoie.  She was predeceased by her 3 sisters: Beatrice Trott; Rose Brennan and Lois Trial and daughter-in-law, Dorothy (Wheeler) Michaud.  She is also survived by two sisters-in-law, Yvonne Senger and husband Ed of Meriden and Jacqueline Sites and husband Art of Florida and many nieces and nephews, who lovingly referred to her as their “Favorite Aunt.”  Special mention to her extended family, Thelma and Junior Paradis and their family of Southington, whom she loved to spend time. She will also be deeply missed by her  “Pratt Rats.”

Reta’s passions were bowling, going to the casino and her regular trips to see her family in Maine. She cherished her family and friends and will be fondly remembered by all who knew her.

Reta’s family would like to thank the staff at The Summit of Plantsville for the care they provided for her over the last 2 years, and a special “Thank You” to the staff in the Meadow View unit where she resided.

A memorial service will be held at 11:00 a.m. on Wednesday, Dec. 27, 2017 at the Plantsville Funeral Home, 975 S. Main St., Plantsville. Burial will follow in South End Cemetery, Southington. Calling hours will be held before the service from 9 – 11:00 a.m. at the funeral home. For online condolences and directions, please visit www.plantsvillefuneralhome.com.

To order memorial trees or send flowers to the family in memory of Reta M. Michaud, please visit our flower store.
Send a Sympathy Card