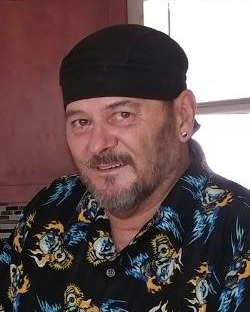 Richard John Beharry, 64, of Lehigh Acres, Florida, formerly of the Plantsville section of Southington, Connecticut, passed away unexpectedly at his home on Friday, October 14, 2022. He was born with a twin brother Michael “Mike” on November 3, 1957 in Southington and was the loving son of the late John R. Beharry and Jean A. (Tully) Beharry.

Richard was an electrician by trade, graduating from H.C. Wilcox Technical School in 1975. After graduation, he joined the U.S. Navy in the Buddy System with his late friend, James Fusco. While in the Navy, he met his late wife Helen (Philips) Beharry Tomlinson. During his service in the Navy from 1975 - 1979, he served as an Electrician Mate on the USS Cone DD-866 in Charleston, SC. After being honorably discharged, he returned to his hometown of Southington where he made his life with his family.

Richard worked as a facility manager at Corbin Russwin and managed other corporate facilities. Richard studied at Teikyo Post University and received a Bachelor Degree. He was an avid sports fan and loved UCONN teams. Most of all, he truly loved all of his family and his pet dog, Boomer.

To order memorial trees or send flowers to the family in memory of Richard John Beharry, please visit our flower store.