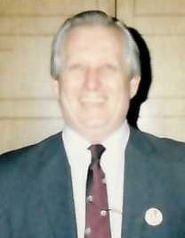 Richard L. Bridschge, 79, of Southington, passed away peacefully at his home on Tuesday, February 16, 2021. He was born on January 25, 1942 in Waterbury, Connecticut to the late Fred and Adelaide (Evans) Bridschge. Richard was preceded in death by his lifelong love, Jane Glowasky.

Richard leaves behind his daughter by choice, Brittany Brunelle of Barkhamsted and her spouse Jeffrey Haddock along with their son Logan Haddock; two brothers, Eddie Bridschge and his wife of California and Ronald Bridschge and his wife of Bristol, two sisters-in-law, Ruth Kuzar and Dorothy Glowasky and many nieces and nephews. Richard also leaves behind a dear friend, Jessica Diamond of Southington.

Richard was an avid motorcycle enthusiast. Many people remember seeing him often driving around on his beloved gold wing and also from his years at Bridschge Kawasaki or Reds Cycle Service. Richard was a Military Police Officer in the United States Army. He shared fond memories of his service mostly spent during his three year tour in Germany.

Richard had a love for the Mid-West where he spent several of his childhood years and had many tales of horseback riding and other adventures alongside his brothers and sister.

A funeral service will be held 11:30 a.m. on Wednesday, February 24, 2021 at the Plantsville Funeral Home, 975 S. Main St, Plantsville. Burial with military honors will follow in Pine Grove Cemetery, Waterbury. Calling hours will be held before the service from 10:30 – 11:30 a.m. at the funeral home. Face masks and social distancing are required at all times. For online condolences and directions, please visit www.plantsvillefuneralhome.com.

To order memorial trees or send flowers to the family in memory of Richard L. Bridschge, please visit our flower store.