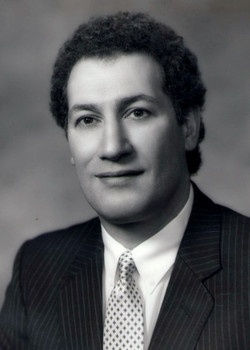 Born 1944 in Waterbury, CT, Rich was a well-known Waterbury-area athlete. He was a 1963 graduate of Croft High School in Waterbury where he was an All-City football player and captained Croft's football and baseball teams. He played organized semi-pro leagues baseball throughout the 1960's and 1970's. In 1966, he received an A.A. Degree from Suomi College, Hancock, MI. He attended Southern Connecticut State College in 1967 where he also played football.

He subsequently enlisted into the United States Air Force Security Service in 1968 where he served European and Asian tours of duty involved in electronic communications intelligence. He was honorably discharged in 1971 with the rank of Staff Sergeant.

After his service commitment, he attended Computer Processing Institute in Hartford, CT where he trained as a Computer Programmer, graduating in 1975. Rich thus began a successful and rewarding 36-year career in IT (information technology) working for a variety of organizations which included Automated Business Systems, State of CT Board of Higher Education, Centerbank, American Skandia, and NewAlliance Bank. During the last 18 years of his career, bolstered by ongoing industry training, he distinguished himself as a financial services industry IT security and governance expert, serving as the Corporate Information Security Officer for Centerbank, American Skandia and NewAlliance Bank. He was granted a CISM (Certified Information Security Manager) credential from the Information Systems Audit and Control Association (ISACA) in 2003. He ultimately retired in 2011. He loved watching NY Giants football and NY Yankee Baseball, UConn Huskies basketball, and enjoyed cooking for his friends and family.

A memorial service will be held at 11:00 a.m. on Saturday, March 14, 2015 at the Grace United Methodist Church, 121 Pleasant St., Southington. There are no calling hours. Plantsville Funeral Home has been entrusted with handling the arrangements. For online condolences, please visit www.plantsvillefuneralhome.com.

A memorial service will be held at 11:00 a.m. on Saturday, March 14, 2015 at the Grace United Methodist Church, 121 Pleasant St., Southington. There are no calling hours. Plantsville Funeral Home has been entrusted with handling the arrangements.

To order memorial trees or send flowers to the family in memory of Richard J. Capristo, please visit our flower store.