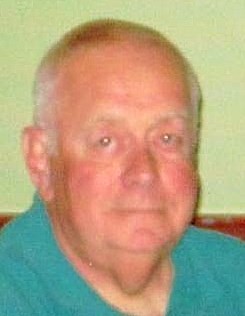 Richard “Dick” J. Henne, 74, of Southington, passed away peacefully at his home on Wednesday, Dec. 5, 2018. He was the loving husband of Helen (Dlugolenski) Henne for 54 years.

Born on Dec. 8, 1943 in Bristol to the late Hans and Ramona (Cayer) Henne, he had been a longtime Southington resident.

Richard proudly served his country in the United States Navy during the Vietnam War. In 1992 when the General Motors plant closed, Dick retired as Chairman of the Union after 31 years of service and then went on to work at New Britain Transportation for the next 10 years. He also served as the sexton for the Immaculate Conception Church Cemetery for 10 years. Dick was the former secretary for the New Departure Fish and Game Club in Cheshire for many years.

In addition to his wife Helen, he is survived by his son, Brian and daughter Susan Barth and husband Jason and granddaughter, Emma, all of Southington. He is also survived by his sister, Barbara Kenney and her husband Tom of Florida and many nieces and nephews. Richard was predeceased by two sons, Mark and Matthew Henne and his brother, Raymond Henne.

Funeral services will be held at 9:00 a.m. on Monday, Dec. 10, 2018 from the Plantsville Funeral Home, 975 S. Main St., Plantsville with a 10:00 a.m. Mass of Christian Burial at Immaculate Conception Church, 130 Summer St., Southington. Burial with military honors will follow in the Immaculate Conception Cemetery, Southington. Calling hours will be held on Sunday, Dec. 9, 2018 from 4 – 6 p.m. at the Plantsville Funeral Home.For online condolences and directions, please visit www.plantsvillefuneralhome.com.

To order memorial trees or send flowers to the family in memory of Richard J. Henne, please visit our flower store.
Send a Sympathy Card