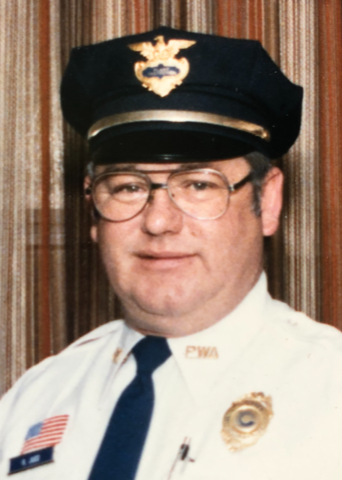 Richard was born on March 1, 1936 in Southington to the late Kenneth M. and Frieda (Springer) Judd and was a lifelong Southington resident.

Richard proudly served his country in the United States Navy aboard the U.S.S.Tarawa during the Korean War. He was a volunteer firefighter for Southington Engine Company #1 for 20 years, 5 years of which he was honored to serve as their Captain. He was employed by Pratt & Whitney Aircraft in Southington and retired after a 30 year career as Captain of the Fire and Security division.

Richard was an avid football fan, having been co-captain of the SHS football team in his youth. He loved dogs, especially his pet Labs, and enjoyed many summers of camping, playing horseshoes, and golfing.

He is survived by his four children, Jennifer Passarelli, Kimberly Howland, Richard Judd Jr. and Eric Judd; six grandchildren, and many nieces and nephews. He is also survived by his brother, Duane Judd of FL and his sister, Claudia Bell of Southington. Richard was predeceased by two brothers, Ronald Judd and Kenneth Judd.  Richard was grateful to his son Eric and Marissa Hogan for making it possible for him to stay in his home until his death. A special thanks to his former wife, Janet Judd and to all of his dedicated healthcare workers who assisted in his care over the years.

A private graveside service with Military Honors was held at the State Veteran’s Cemetery in Middletown.

In lieu of flowers, donations in his memory may be made to a charity of the donor’s choice. Plantsville Funeral Home has been entrusted with handling the arrangements.

To order memorial trees or send flowers to the family in memory of Richard G. Judd, please visit our flower store.