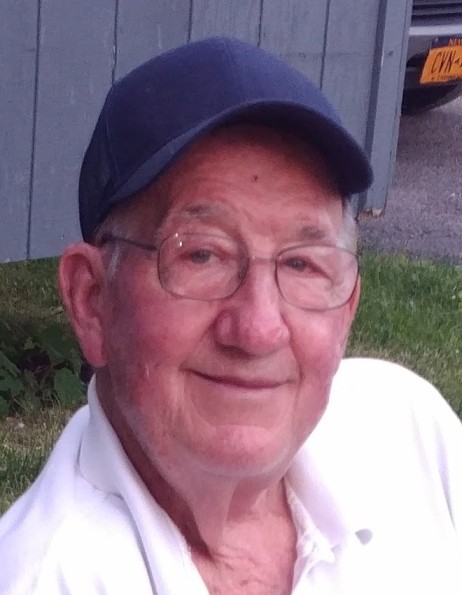 Robert M. Spolar, 82, of Southington and formerly of Newtown, passed away on Monday, March 19, 2018 at Hartford Hospital.   He was the loving husband of the late Linda (Reilly) O’Connor Spolar for 25 years. Robert was born on October 8, 1935 in Berwyn, Illinois to the late Emma (Anderson) Spolar Baudino and Frank Spolar (Father).

Robert proudly served his country as an officer in the U.S. Air Force during the years of 1958 to 1963.  He was a graduate of Ohio Wesleyan University as a stand out track and football star.  He worked as a credit manager for many years at American National Can, retiring from Daewoo Trading Company as VP of Credit and Collections.  He was a member of the Elks Lodge 1669 in Southington. Bob loved to fish and spend time on his favorite lakes locally and his annual fishing trip to Lake George, NY with family and friends.  He was a devout Dallas Cowboys fan having lived in Texas for many years at the start of his career.

Bob was a rock to the entire family, to his sons Bryan and Charles and his step children through marriage.  He was always there for advice, guidance and a consummate voice of reason.  His wisdom and perspective on things was tempered and balanced and will be greatly missed by all that knew him.  More than just a great man, he was affectionately referred to by his step children as Big Bob and to his grandchildren and great - grandchildren as Papa, Grandpa and Pop.  His patience, tolerance and support of his immediate and extended family following his marriage to Linda was without a doubt more than he ever bargained for.  The level of craziness that ensued would have sent a mere mortal packing and running for the hills!  Bob/Papa was always there, through the crazy times (and there were plenty), family hardships including loss of loved ones, and the countless life milestones he made every attempt to attend is a testament to the man we came to know and love.  His love for boating and water skiing will live on indefinitely through all of those he expertly and patiently taught to ride behind the yellow banana boat.  His willingness to pack up the car, truck or trailer and deliver god only knows what to family near and far is something we simply will never understand; we like to think it was actually a convenient excuse to be part of the madness that usually followed when we were all together.  For that we are forever grateful!

He is survived by 2 sons: Bryan Spolar of Montana and Charles Spolar of New Milford, CT and 5 stepchildren whom he treated as his own: Erin Mancino and her husband Gary of Southington, CT; Robert O’Connor of Rochester, NH; Colleen O’Connor of Rochester, NH; Patrick O’Connor and his wife Nancy of Rochester, NH and Terence O’Connor and his wife Katie of Meriden, CT; 12 grandchildren, 3 great-grandchildren: Rob Michanczyk and his children Devin and Alyvia; Sean Michanczyk and his wife Jacqueline; Brianna O’Connor; Kory Becker and his son Jackson; Daniel Becker and his wife Amy; Michael O’Connor; Samantha and Shannon O’Connor and Lauren, Aiden, and Logan O’Connor. He is also survived by his cousin Peter Anderson of Mass, a long time friend and fishing buddy Gaetan (Gaet) Lariviere of Sandy Hook, CT.  Bob was predeceased by his self-proclaimed favorite grandson, Jeremy Joseph Becker.

A funeral service followed by military honors will be held at 2 p.m. on Saturday, March 24, 2018 at the Plantsville Funeral Home, 975 S. Main St., Plantsville. Calling hours will be held before the service from 11a.m. – 2p.m. at the funeral home. Burial will be private and at the convenience of the family.  For online condolences and directions, please visit www.plantsvillefuneralhome.com.

To order memorial trees or send flowers to the family in memory of Robert M. Spolar, please visit our flower store.
Send a Sympathy Card