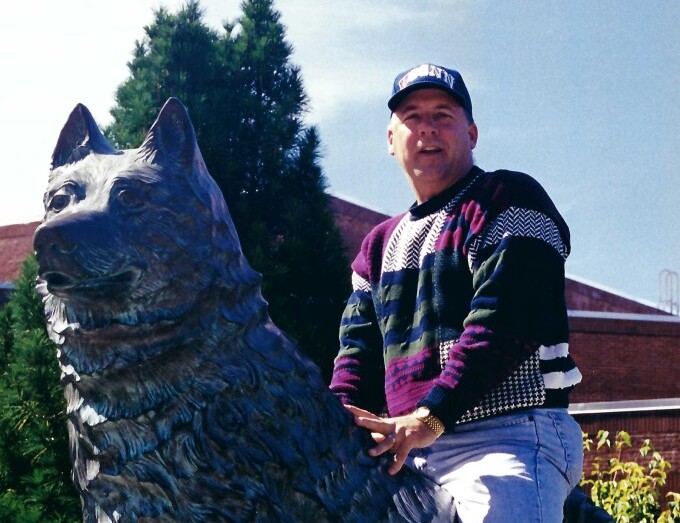 Ronald “Ron” James Casner, 65, of Castle Rock, CO, passed away Sunday, September 20, 2020.  Ron was born in Southington, CT to the late James and Pauline (Bassola) Casner on December 26, 1954.  He spent his entire childhood in Southington where he was a standout on the baseball field as a hard-throwing pitcher. He went on to play for the University of Connecticut at Waterbury before transferring to UConn’s main campus in Storrs where he graduated in 1976. Ron remained one of the Huskies’ biggest lifelong fans, particularly of the men’s and women’s basketball teams. In 1978, Ron married the love of his life, Sandra (Wrona) Casner of Rockville, CT. Shortly thereafter, they would celebrate the births of their children Amy (1979), Christopher (1983) and Michael (1984).

Ron’s career in commercial insurance allowed his family to experience much of the country, living in Connecticut, Michigan, Indiana, Louisiana, California, Maryland, and Massachusetts. After the children went to college, he and Sandy continued their life as nomads living in other states such as Arizona, Texas and Colorado. He had retired in May as Chief Underwriting Officer at Arrowhead General Insurance Agency after a successful 44-year career.

In addition to the UConn athletic teams, Ron was a huge fan of the Dallas Cowboys and the Boston Red Sox. His biggest source of pride, however, was watching his children pursue their education and interests, and he would often volunteer to coach their sports teams growing up. As his children reached adulthood, he loved spending time with them, his wife and his grandchildren, especially at Poppy’s Landing, their lake house in Onalaska, TX.

Ron is beloved for his kindness, generosity, and genuineness. He would go out of his way to help even a stranger without hesitation, even in death. Ron’s final act on Earth was to donate various tissues from his body to help people suffering from cancer, traumatic injuries, blindness, burns, and other ailments. In total, his selfless gifts will improve the lives of nearly 50 complete strangers and their families.

Besides his wife, Ron is survived by his daughter Amy Bojarczuk and her husband Raphael of Tomball, TX; his son Christopher James Casner of Baltimore, MD; and his son Dr. Michael Casner and his fiancé Patrick Tobin of Kansas City, MO; his grandchildren Shawn, Jessica, Sofia and Anastasia; his sister Pamela Casner of Narragansett, RI; his sister Luanne Borawski and her husband Paul of Westbrook, CT; his sister-in-law Teresa Brown and her husband Robert of Coventry, CT; his brother-in-law Michael Wrona and his wife Barbara of Narragansett, RI; as well as numerous nieces, nephews and their children, all of whom he loved dearly.

Due to the COVID-19 pandemic, funeral services will be held privately on Monday, September 28. Knowing so many people loved Ron, those wishing to pay their respects may join his family by holding a moment of prayer or silence at 11am EST the day of his funeral. Services will also be recorded and made available from the Plantsville Funeral Home website (https://client.tribucast.com/tcid/38231603). Additionally, his family extends an invitation for you to join them for a Celebration of Life ceremony at a later time when it is safe for all of his loved ones to gather. Ron’s remains will be laid to rest in South End Cemetery, where he will join in eternal sleep his parents and numerous other relatives who have preceded him in death.

In lieu of flowers and other gifts, Ron’s family asks that donations be made to the Ronald McDonald House of Connecticut so he may make a difference in the lives of ill children and their families as he had hoped to do during retirement. Donations in his honor can be made at https://rmhc-ctma.org/donate/. Plantsville Funeral Home has been entrusted with handling the private arrangements. For online condolences, please visit www.plantsvillefuneralhome.com.

To order memorial trees or send flowers to the family in memory of Ronald J. Casner, please visit our flower store.
Send a Sympathy Card