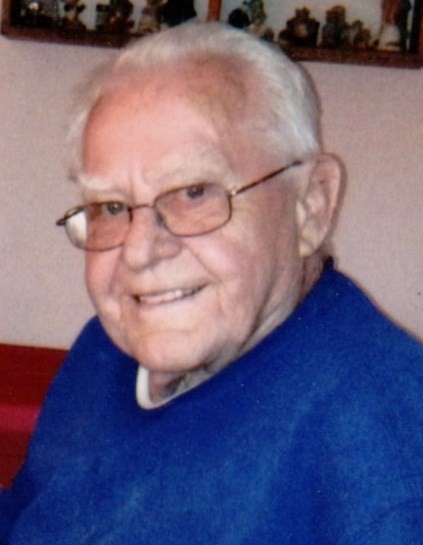 Stanley V. Albrycht, 93, of the Plantsville section of Southington, passed away peacefully on Saturday, May 5, 2018 at Apple Rehab Farmington Valley in Plainville. He had been the loving husband of Amelia (Kerwicki) Albrycht for nearly 72 years.

Born in Southington on Nov. 1, 1924 to the late Vincent and Mary (Pernal) Albrycht, he had been a lifelong Southington resident. Stanley worked as a metal washer and retired from the International Silver Company after over 40 years of service. He was a lifelong parishioner at Immaculate Conception Church. Stanley was an excellent bowler and loved the Boston Red Sox.

In addition to his wife Amelia, he is survived by his daughter Patricia Michelson and her husband Dean of East Hampton; 2 sons, Ronald Albrycht and Brian Albrycht, both of Plantsville; 5 grandchildren: Candice Griffin of TN; Gary Griffin Jr. and his wife Jen of Simsbury; Jason Albrycht and his wife Shawna of Southington; Michael and Matthew Albrycht of Southington; 5 great-grandchildren; Rylan and Reese Griffin, Lyle Albrycht and Hannah and Audrey Albrycht. He is also survived by his brother, John Albrycht of Old Lyme, his sister, Wanda Lorenzo of NH and many nieces and nephews. He was predeceased by three sisters, Henrietta Fortuna, Jeannie Slamons and Mary Manton and one brother, Adolph Albrycht.

Stanley’s family would like to thank the entire staff from Apple Rehab Farmington Valley, especially Sandy, and Seasons Hospice, especially Donna, for their compassion and the excellent care they provided.

In lieu of flowers, donations in Stanley’s memory may be made to the American Heart Association
5 Brookside Dr, Wallingford CT 06492 or to the Immaculate Conception Church, 130 Summer St., Southington, CT 06489.

To order memorial trees or send flowers to the family in memory of Stanley V. Albrycht, please visit our flower store.