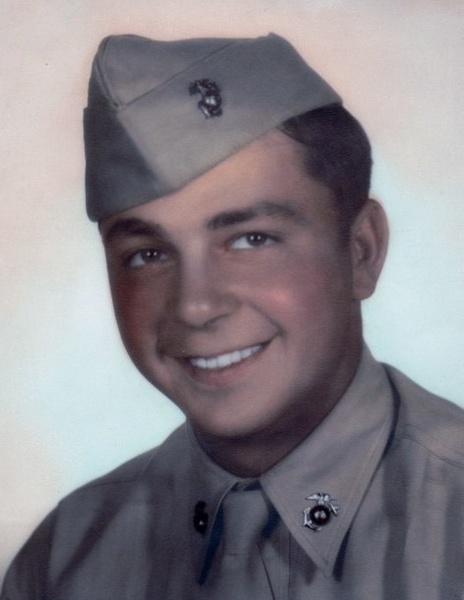 Stephen G. Aldieri, 86, of Southington, passed away peacefully on Friday, March 17, 2017 at HOCC at New Britain. He was the loving husband of the late D. Anita (Yetman) Aldieri for 46 years.

Born in Southington on May 19, 1930, he was the son of the late Joseph and Elvira (DellaCamera) Aldieri, and was a lifelong resident. Stephen proudly served in the U.S. Marines during the Korean War and was a Purple Heart Recipient. He was a founding member of St. Aloysius Church and a member of the American Legion, Post 72. Steve retired in 1995 from Creed Monarch, where he worked as a machinist for many years. In his retirement, he enjoyed gardening, cooking, fishing and on the weekends, watching his grandson race at the Silver City Quarter Midget Club in Meriden.

In lieu of flowers, donations in Steve’s memory may be made to Silver City Quarter Midget Club, 835 Hanover Rd, Meriden, CT 06451 or to Southington Community Services, 91 Norton St., Plantsville, CT 06479.

Funeral services will be held at 9:00 a.m. on Tuesday, March 21, 2017 from the Plantsville Funeral Home, 975 S. Main St., Plantsville with a 10:00 a.m. Mass of Christian Burial at St. Aloysius Church, 254 Burritt St., Plantsville. Committal services with full Military Honors will follow at St. Thomas Cemetery. Calling hours will be held on Monday, March 20, 2017 from 4 – 7 p.m. at the Plantsville Funeral Home. For online condolences and directions, please visit www.plantsvillefuneralhome.com.

To order memorial trees or send flowers to the family in memory of Stephen G. Aldieri, please visit our flower store.
Send a Sympathy Card