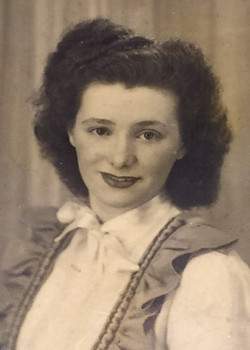 Sylvia M. (Solomon) Hinchcliffe, 87,formerly of Southington, passed away peacefully on Tuesday, October 21, 2014, at The New McLean in Simsbury. She had been the loving wife of the late Howard D. Hinchcliffe for 59 years.

Born in Plymouth, England, she came to the United States at the age of 19 and had been a longtime Southington resident.

Sylvia is survived by her daughter Deborah Hinchcliffe and her son-in-law Gen Nishino of New York City, she also leaves behind her two grandchildren Colleen and Kyle Taylor and many nieces and nephews. She was predeceased by two younger sisters, Pearl and Doris.

Donations in Sylvia memory may be made to Waggytail Rescue 170 Norfolk St #10, New York, NY 10002. http://www.waggytailrescue.org/

Funeral services were held privately. Plantsville Funeral Home has been entrusted with handling the arrangements. For online condolences and directions, please visit www.plantsvillefuneralhome.com.

Funeral services were held privately. Plantsville Funeral Home has been entrusted with handling the arrangements.

To order memorial trees or send flowers to the family in memory of Sylvia M. Hinchcliffe, please visit our flower store.