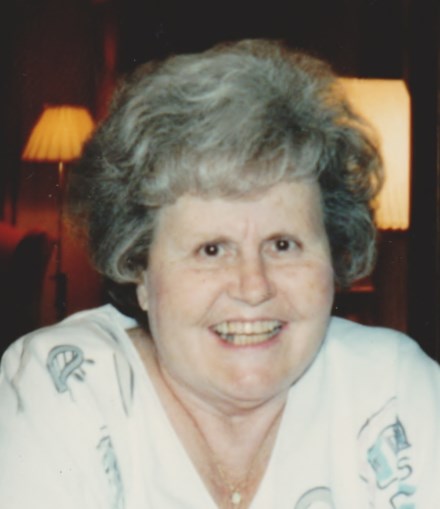 Terry, as her friends called her, was born in New Britain, CT on October 22, 1928.  The daughter of Peter and Christine Danko, she was raised primarily by Agnes Carrubba, and was predeceased by her two step-sisters, Agnes and Susan Carrubba, and her step-brother, Michael Carrubba.

She moved to Plantsville, CT, where she met her husband, John.  They settled in Southington where they raised their family, and moved to Florida in 1999.

She is survived by her daughter, Christine Szabo and husband, Joseph of Southington, son, Captain Stephen Gasecki and wife, Donna of Merritt Island, FL, grandsons, Joseph and Stephen Gasecki of Merritt Island, FL, granddaughter, Erika Simons, great-granddaughter Monique Szabo, great-grandson, Mason Simons, all of Southington; grandson, Dr. Christopher Szabo and wife, Kathy and great-granddaughter, Sophia Szabo of Branford; and many nieces and nephews.  She was predeceased by her son, Glenn Gasecki.

The family would like to thank Kelly Filliben for her service that allowed John and Theresa to remain in their home in Merritt Island.

Funeral services in celebration of Terry’s life will be held on Saturday, January 7, 2016 at 9 a.m. from Plantsville Funeral Home, followed by a Mass of Christian Burial at 10 a.m. at Immaculate Conception Church, 130 Summer St, Southington.  Committal will follow at Immaculate Conception Cemetery.  Family and friends may gather on Friday, January 6, 2016 from 4-6 p.m.  For online expressions of sympathy, please visit www.PlantsvilleFuneralHome.com

To order memorial trees or send flowers to the family in memory of Theresa M. Gasecki, please visit our flower store.
Send a Sympathy Card