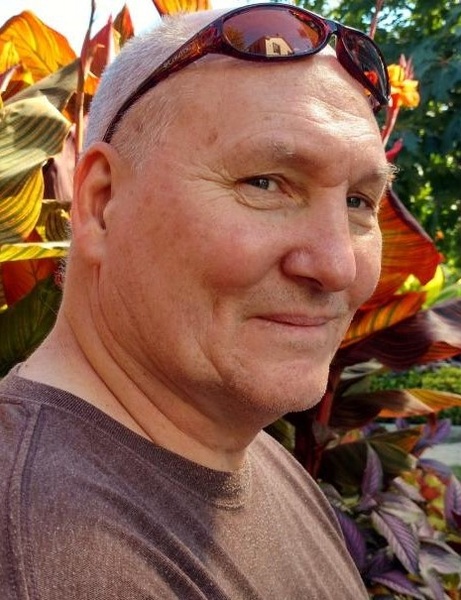 Thomas Hutchinson, 67, of Plantsville, passed away on March 29, 2021 in the comfort of his home.
Tommy was born on January 13, 1954 at the US Naval Base in New London, CT. He was raised in New Britain, CT and graduated from New Britain High School in the class of 1973. Employed by Hartford Provision Company for 33 years, he retired in 2006 and was a member of the Teamsters Local 677.

After retirement, Tommy expanded on his passion for cooking, especially desserts, and loved backyard get-togethers with family and friends. Tommy and his wife Louise enjoyed traveling to Maui, Chicago, and San Antonio multiple times, and in recent years fulfilled bucket list trips to Niagra Falls, Nova Scotia, and Prince Edward Island. Annual summer vacation to Hawks Nest Beach in Old Lyme were a family tradition started by his mother and aunts that continued through the summer of 2020. Tommy loved listening to music, especially the Blues. A dedicated fan of the New England Patriots and Boston Red Sox, he made the same friendly $1 bet with his brother-in-law whenever the Patriots and Pittsburgh Steelers were playing each other.

Tommy is survived by his wife, Louise (Sirois) Hutchinson; daughter Kristen Sirois; brother Bob DePaiva (Jeanne); sister-in-law Marilou Hutchinson; nieces, Jessica Brunetti (Justin) and Jennifer Anderle (Anthony);Samantha DePaiva brother-in-law Kenneth Sirois; sister-in-law Denise Sirois; nephew Justin Sirois (Tricia); cousins in the "Keiko" clan; and many lifelong friends - especially Tom Osga, who was like a brother to him. He was pre-deceased by his mother, Irene (Keiko) DePaiva; father Robert DePaiva; brother Kenneth Hutchinson; brother-in-law and friend, Michael Sirois; and several Keiko aunts and uncles who were instrumental in his upbringing and keeping all of the cousins close-knit.

Known for his very dry sense of humor, Tommy loved spending time with friends and his Keiko cousins, who were nearly as close as his brothers and sisters. A friend recently said "you pick your friends good, and I'm glad I am one of them." Although he sometimes had a tough exterior, Tommy had a heart of gold.

The family extends a very special thanks to the staff at the Smilow Cancer Center in Waterbury; his chemotherapy nurse Holly, who matched his personality perfectly; and the staff with VITAS Hospice for all of their care and assistance. In lieu of flowers, donations in Tommy's memory may be made to a charity of the donor's choice.

To order memorial trees or send flowers to the family in memory of Thomas Hutchinson, please visit our flower store.