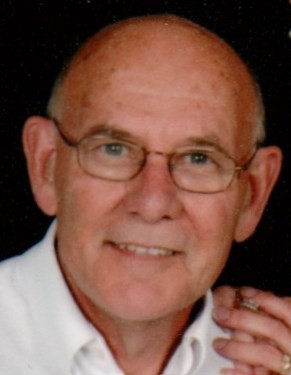 Ulysses J. “Butch” Cormier, 75, of Southington, passed away after a long illness on Friday, Nov. 24, 2017 at Cheshire Regional Rehab Center. He had been the loving husband of Brenda (Angelopoulos) Cormier for nearly 52 years.

Born in Moncton, New Brunswick, Canada on Nov. 18, 1942 to the late Leonard and Mary (Richard) Cormier, he had been a longtime Southington resident.

Butch proudly served in the U.S. Navy during the Vietnam War. He was a plastics manufacturing engineer, working at various places and retiring from Siemens in 2006.  He was also a former Kiwanis Club president and active in Bread for Life.

In addition to his wife Brenda, Butch is survived by his daughter, Julie Anne Moran and her husband Michael of Washington State and his son, Jeffrey Cormier and his wife Kristy of Torrington; 5 grandchildren; two sisters, Anne Frenette and her husband Michael of Bristol and Charlene Smith of Enfield and many nieces and nephews. He was predeceased by his sister, Claudette Lustig.

A graveside service with military honors will be held at 11:00 a.m. on Tuesday, Nov. 28, 2017 at South End Cemetery, Southington. There are no calling hours. Plantsville Funeral Home has been entrusted with handling the arrangements. For online condolences, please visit www.plantsvillefuneralhome.com.

To order memorial trees or send flowers to the family in memory of Ulysses J. "Butch" Cormier, please visit our flower store.
Send a Sympathy Card