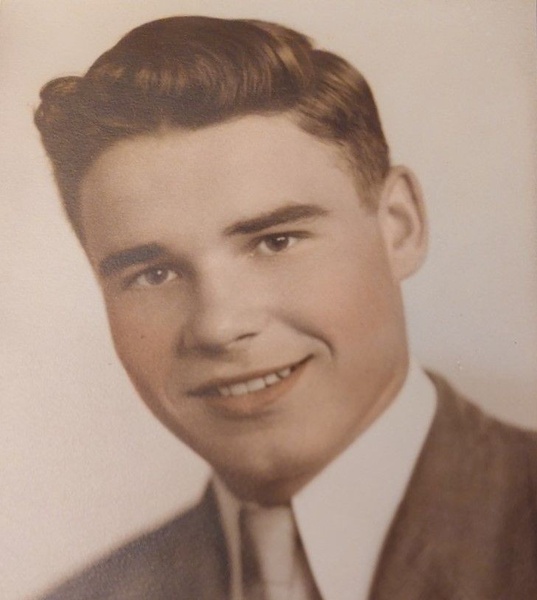 Vincent “Vinny” A. Crookes, 93, of Southington, passed away on Sunday, October 17, 2021 at The Hospital of Central Connecticut, Bradley Campus. Vinny had been the loving husband to the late Theda (Wiltsie) Crookes for 62 years.

Vinny was born on June 5, 1928 in Southington to the late Thomas and Bertha (Habisch) Crookes.

He worked for PJ Delahunty for over 50 years doing what he loved most, carpentry, painting and paper hanging. He also served his country in the United States Navy on the CVS Randolph from 1946 to1949 before being honorably discharged.

Vinny is survived by his children, David Crookes, Robert Crookes (Ceil) and Susan Crookes, all of Southington and grandsons, Trevor Crookes (Michele), Chad Crookes (Abby) and Joseph Mushrall (Aurelia) and most recently, his new great granddaughter Lilly Crookes. In addition to his wife Theda, Vinny was predeceased by his brothers George Crookes, Miles Crooks and sisters, Bertha Crookes Sietz and Violet Crookes Reardon.

Funeral services will be celebrated privately. Plantsville Funeral Home has been entrusted with handling the arrangements. For online condolences, please visit www.plantsvillefuneralhome.com.

To order memorial trees or send flowers to the family in memory of Vincent A. Crookes, please visit our flower store.