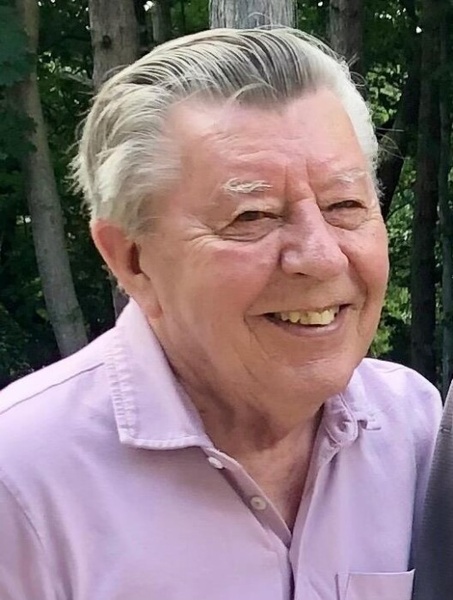 Walter M. Stomsky, 81, of Southington, passed away peacefully surrounded by his family on Sunday, January 31, 2021 at MidState Medical Center. He had been the loving husband of Sheila (Curtis) Stomsky for 58 years.

Walt was born on July 4, 1939 in Hartford and had been a longtime Southington resident. He proudly served his country in the U. S. Navy aboard the USS Rush from 1956 - 1960. He retired from Parsons Buick of Plainville after many years of service. Walt was an active member of Faith Baptist Church in Southington where he served as a deacon, usher and in many other capacities. He loved to golf and was a member of the Men’s League at Southington Country Club. He was also a member at Hawk’s Landing Country Club and the Plainville Merchant’s Golf League for over 20 years. Most of all, Walt had a strong faith, loved his family and adored his grandchildren.

In addition to his wife Sheila, he is survived by two sons, Alan Stomsky and wife Dawn of Southington and Jeff Stomsky and wife Amy of Newington and four grandchildren, Lee, Ava, Matthew and Adam Stomsky. He is also survived by two sisters, Patricia Hirtle and husband Robert of Wethersfield and Janet Vitkus and husband Edward McCorkindale III of Wilbraham, MA and many nieces and nephews. He was predeceased by his parents, Horace and Anna Charland and sister, Mary Stomsky.

In lieu of flowers, donations in Walt’s memory may be made to the Samaritan’s Purse, P.O. Box 3000, Boone, NC 28607-3000 which is a Christian aid organization that provides people in physical need as a key part of Christian missionary work.

Family and friends are welcome to join a graveside service with military honors at 11 a.m. on Monday, May 17, 2021 at Oak Hill Cemetery, Southington, Plantsville Funeral Home has been entrusted with handling the arrangements. For online condolences, please visit www.plantsvillefuneralhome.com.

To order memorial trees or send flowers to the family in memory of Walter M. Stomsky, please visit our flower store.
Send a Sympathy Card