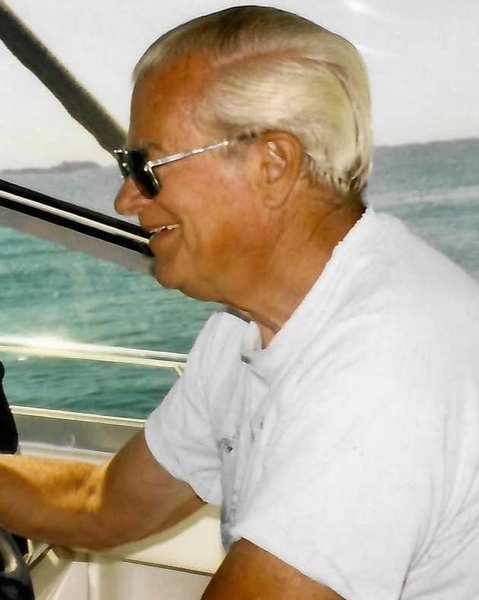 Warren W. Porter, 87, of Southington and Westbrook, passed away after a long illness on Monday, September 19, 2022 at Middlesex Hospital. He had been the loving husband of Betty (Haskell) Porter for 64 years.

Warren was born in Meriden on February 12, 1935, only son of the late Kenneth and Alma (Mielke) Porter.

Warren graduated from Meriden High School and attended the University of Connecticut. He proudly served his country in the U.S. Army and was honorably discharged with the rank of Staff Sgt. Warren worked as a Claims Manager for Northeast Utilities for 36 years and then retired from Hunters Ambulance, after 17 years of service. He was a member of the First Baptist Church in Southington. He enjoyed refinishing furniture and was an avid stamp collector but most of all, he loved spending time on the water at his second home in Westbrook, surrounded by his family and friends.

In lieu of flowers, donations in Warren’s memory may be made to the First Baptist Church Memorial Fund, 581 Meriden Ave, Southington, CT 06489.

A funeral service will be held at 11:00 a.m. on Friday, September 23, 2022 at the First Baptist Church, 581 Meriden Ave, Southington. Burial will follow in Oak Hill Cemetery, Southington. There are no calling hours.   Plantsville Funeral Home has been entrusted with handling the arrangements. For online condolences and directions, please visit www.plantsvillefuneralhome.com.

To order memorial trees or send flowers to the family in memory of Warren W. Porter, please visit our flower store.