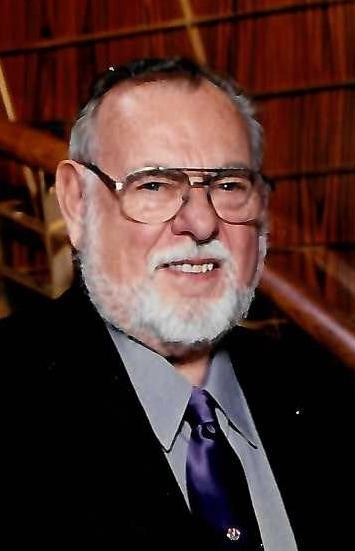 William G. Brush Jr, 87, of Southington, passed away peacefully on Wednesday, April 6, 2022.  He is survived by his soul mate and loving wife, Ellen (Kilduff) Brush for 62 years.

William was born on October 31, 1934 to the late William and Anna (Taft) Brush, formerly of Naugatuck. He proudly served his country in the U.S. Navy during the Korean War and enjoyed his career as a plumber for 45 years.
Bill was a member of the Calendar House, VFW, and the Silver Sneakers program at the YMCA of Southington. He was also a Golden Sheaf member of the Naugatuck Beacon Valley Grange #103 of which he was a member for 74 years.

For over 50 years, he was a member of the First Congregational Church of Southington where he served on the Diaconate and the Board of Trustees.

Bill's family would like to extend a sincere thank you to the entire staff at the Infusion Center at Bradley Campus in Southington and also to the staff at Hartford Healthcare Hospice of Bloomfield for their compassion and excellent care.

A funeral service will be held at 10:30 a.m. on Monday, April 11, 2022 at the First Congregational Church, 37 Main St, Southington. Burial with military honors will follow in South End Cemetery, Southington. Calling hours will be held from 2 – 5 p.m. on Sunday, April 10, 2022 at the Plantsville Funeral Home, 975 S. Main St, Plantsville. For online condolences and directions, please visit www.plantsvillefuneralhome.com.

To order memorial trees or send flowers to the family in memory of William G. Brush Jr., please visit our flower store.