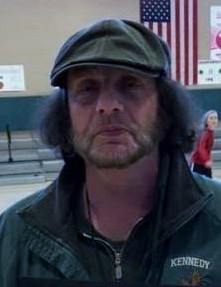 William  "Coach Bibby" Haman , 67, of Plantsville, beloved husband of Gloria (Levesque) Haman for almost 50 years died Thursday, March 7th, 2019 at HOCC at New Britain General. He was born in Hartford on October 6, 1951 to the late Julius and Ebba (Andersen) Haman.
Bill has been doing basketball in Southington since 1977. He coached, taught, and ran all age groups in town league ball. He was a well-loved assistant coach at Kennedy Middle School for over 12 years. Bill was also the Coordinator on Saturday mornings for 3rd and 4th grade boys basketball in Berlin. He was also site Coordinator for travel basketball in Southington. In addition, he coached SYBA Varsity Boys basketball for over 25 years. He loved every minute. He coached, refereed, and did the program for the kids. It was all about the KIDS! He was loved by  many for over 42 years and will be missed. Bill loved NASCAR modified racing at area weekly shows, his parking lot buddies will miss him and his stories. Back in the 80's and early 90's he was a Coach of a Championship Flag Football Team in Enfield and he kept in touch with them. Bill loved his Corvettes and toys and went to area car shows.
He was a member of the Falcons Club, American Legion, Spartans Vets AC, and the Sons of Italy.

Besides his wife, William is survived by his daughter, Melissa Haman and her fiancé Daniel Mancini, and his beloved Grandkitty Chloe. He also leaves a niece, Lynn (Haman) Damboise. He was predeceased by his brother Richard Haman.

In lieu of flowers, donations  may be made to Southington Middle School Athletic Association PO. Box 741, Southington, CT 06489.

Calling hours will be held on Monday March 11th from 5 to 8 p.m. at the Plantsville Funeral Home, 975 South Main St., Plantsville. A memorial service will be held on Tuesday, March 12th at 10 a.m.. at the Plantsville Funeral Home. A private burial is to follow immediately after in St. Thomas Cemetery, Southington with family and close friends. For online condolences and directions, please visit www.plantsvillefuneralhome.com.

To order memorial trees or send flowers to the family in memory of William "Coach Bibby" Haman, please visit our flower store.
Send a Sympathy Card